On September 17, XINTAO foreign trade department ushered in the long-awaited 2022 "Sports Day". Let's have a look together~

In the afternoon of the golden autumn, after the host's explanation, with the wonderful opening speech of the general manager "Wu Xia", the 2022 XINTAO "Sports Day" officially kicked off. All participants are randomly divided into 3 teams. The first is the "strong team", which means that the strong team will join forces and win the first place; the second is the "Mean-to-Win team", and the third team is "soul team", means interesting soul and courage will conquer everything! 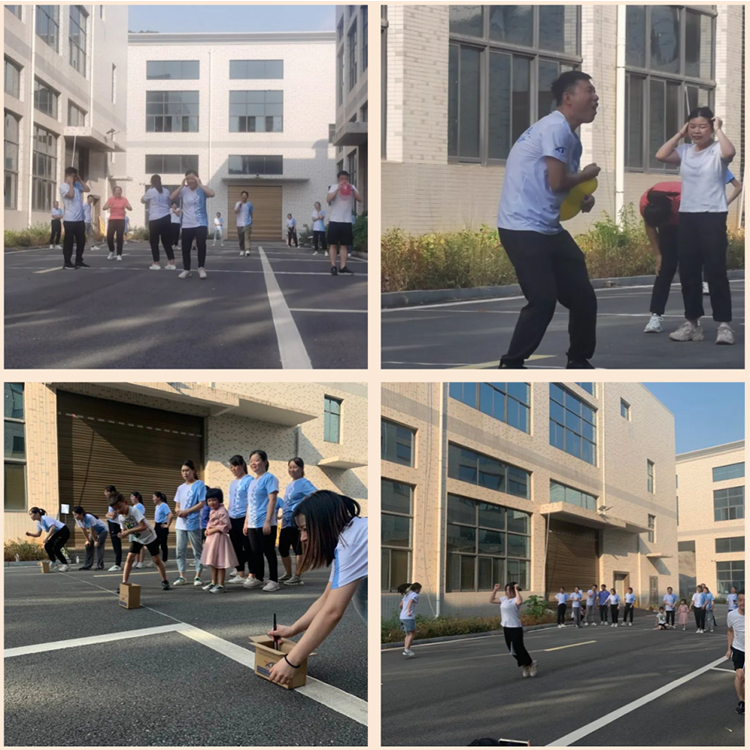 In order to let the athletes play better, the general department has carefully prepared fruit and tea, so that everyone can feel that every time they strive to move forward no matter how hard, Xintao is always there for everyone.

At last, the general manager Mrs. Wu Xia presented the winning pennants and gifts to each team.

Regarding the successful holding of the Games, General Manager Mrs. Wu Xia said that this event fully demonstrated the youthful vitality of XINTAO people, who not only love life, but also are positive, and at the same time are always ready to meet every challenge that comes next.