What is Tellerate Rosette Ring?

Plastic garland packing also known as tellerate rosette ring, it’s a kind of ellipsoidal packing made up of many rounds and a reinforcing rib is added in the middle to make it A shape, which greatly improves the compressive strength of the garland. At the same time, the tellerate rosette ring has the advantages of large flux and pressure drop of the general plastic random packing, and also has a higher liquid holding capacity in the gap of the filler, which can make the residence time of the liquid in the tower longer, thus increasing the gas-liquid two-phase. The contact time increases the mass transfer efficiency of the filler.

Users can choose different materials such as PP, RPP, PVC CPVC according to the conditions(such as temperature,pressure, medium,etc) in the tower. 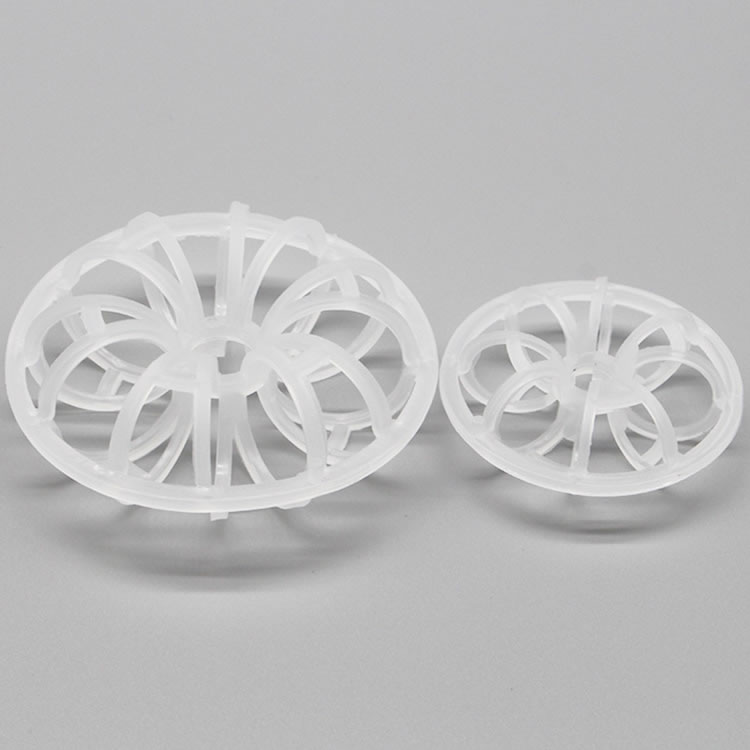