Air pressure is less than 0.2MPa for household oxygen generator for adsorption process. Its working principle is as shown above, Skarstrom cycle with two layers(that is, two molecular sieve towers) oxygen generator is adopted and the working process is as follows: 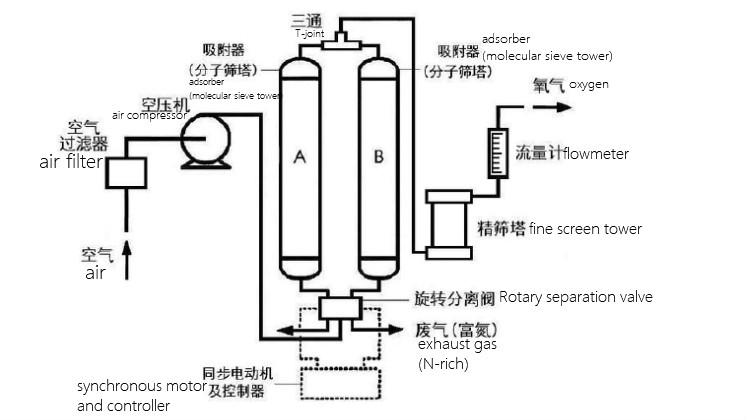